Liberal democracy in the Asian century

organized by the Luxembourg Institute for European and International Studies, the Black Sea University Foundation and the European Cultural Centre, Bucharest

The aim of the seminar is to examine whether the dominating political paradigm in large parts of the world since World War II will remain attractive or even gain in importance. Is it bound to decline and perhaps fade away with the rise of regions and countries that may choose a different path of political and economic development? What will a surge of religious fundamentalism, nationalism, new cultural confrontations, and the contest for ever scarcer natural resources mean for the prospects of liberal society? 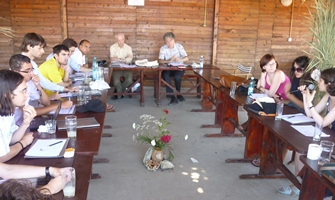 Minister of Culture of Romania

For more information on the summer school and the application process: